In today’s music industry, teens are struggling to find new and interesting musicians. But could the next upcoming band be from across the ocean? Chef’s Special is a Dutch band originating in the Netherlands with 5 members all striving for the same goal.

“It really means a lot to have people from another continent coming to see us and cheer us on.  Lead vocalist, Joshua Nolet remarks.  Meeting new fans is humbling and gives us all something to work harder towards. We are definitely living the dream.”

Chef’s Special was recently in Salt Lake traveling with Disney star Cody Simpson and rap duo Aer. Chef’s Special’s sound is unique, combining elements of Pop, Reggae and Rap, something that sets them apart from other upcoming musicians. The band recently released their latest album, “Shot in the Dark” which is their 4th album since 2011.

“This album is different from our others in a lot of ways. We try to deliver something new and fresh with each release because that’s what our fans want, and we love our fans. ‘Shot in the Dark’ has a lot of meaning to us and hopefully has just as much meaning to our fans.” Guitarist, Guido Joseph said.

Their single, “In your Arms” has been a worldwide hit, easy for individuals of all ages to relate to and can be heard on most popular radio stations. Their sound is easily compared to that of Bob Marley, Fun, and X Ambassadors. Chef’s Special is a fresh new sound to listen to and relate to, the band is a great contender and highly recommended, especially for high school aged students. 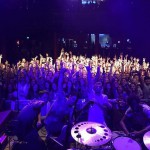 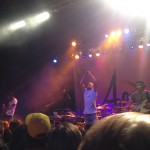 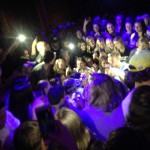 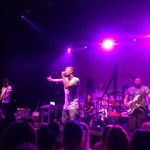