Over the years, Nightmare on 13th Haunted House has created buzz after being featured on the Travel Channel, and Haunted Attraction Magazine in 2009. But as of 2015, a new haunt is giving Nightmare a run for its money. It’s called Fear Factory, and it’s making its way on the charts as one of the best Haunted Houses in America, a title it certainly deserves.The old cement factory has been featured on Syfy’s series Ghost Hunters and in various Haunted America magazines as a legitimate haunted house, an exciting (and terrifying) discovery for Salt Lake City. But why leave it at that? The current owners have spent the past three years transforming the abandoned factory into a spooky haunted attraction for the public, and have received fantastic feedback. But what makes the attraction comparable to that of Nightmare on 13th?Fear Factory’s animatronics were life like and surreal. There was no holding back when it came to the actors makeup, costume, and character. The factory also featured attractions such as a zip-line and a free fall from the top floor.Have a fear of parking in Salt Lake City? Fear Factory has its own haunted bus that transports guests from the Gateway entrance to the attraction free of charge which eliminates the hassle of finding a parking space, since parking at the haunted house is extremely limited. Standing in line is half the fun at Fear Factory: elaborate scenes are displayed for guests to explore while characters interact with guests to keep the excitement alive.

Overall, the experience lives up to its reputation and is easily comparable to Nightmare, if not better. The Hands-on horror add-on is definitely worth the extra fee and makes the experience much more terrifying. 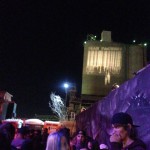 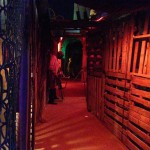