On August 8, many students were still shuffling to finish up the rest of their summer plans, but senior Kabrina Stucki had different plans for that day. Kabrina was releasing her new song, “Alright,” on iTunes for the first time.

When Stucki found out her cousin was going through a difficult time, she wanted to give her something that her cousin could listen to and let her know that somebody always cared.

Stucki wrote the song “Alright” for her cousin to give her hope, but inspired many in the process. After writing, recording, and publishing her iTunes hit, it didn’t stop there.

“Every song I have heard from Kabrina is fun-loving, and her voice is beautiful,” says senior, Tayler Saunders

Stucki published another song, “Ride” in tribute to her father and the feelings he has towards snowmobiling. 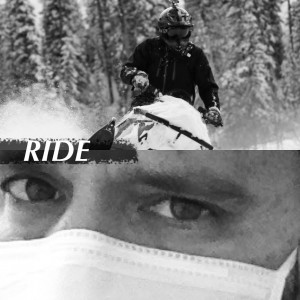 Writing great music has become a habit for Stucki, one that doesn’t always come easy.

“I found that I didn’t do very well writing really long things because I liked detail. But when I was writing something quick, short, and concise like a song, I was able to put a lot of detail that got the point across,” said Stucki.

Stucki said her motivations for her lyrics change.

“Usually it depends on something that goes on in my life.”

Aside from writing songs, Stucki plays the guitar and ukulele and enjoys listening to a variety of music. She has currently written nearly 25 songs and plans to publish her new song “Me” within the next few months.

Mr. Eddington, Stucki’s Jr. High guitar teacher, recalls that she was conscientious and a good student.

“She caught onto the guitar quickly,” said Eddington. “[I] knew [she] could do whatever she set her mind to.”

Stucki continues to pursue her dream by recently performing at the Ogden Harvest Moon Festival on 25th Street, and even performed at the Utah State Fair on September 18. 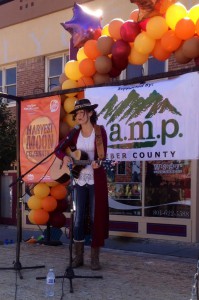