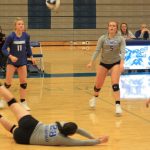 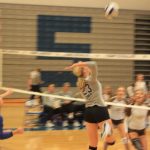 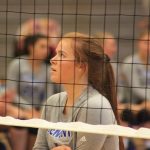 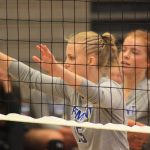 In a three-set game against Davis, the volleyball team won 3 sets to 0, making this their fourth straight region win.

Fremont scored the first point of the first set, and it wasn’t long after that when Davis called the first time out with a score of 12-7 for the Silver Wolves.

After a few more hits, kills, and points scored, Davis called another timeout, this time with a score of 22-15.

The set came to an end only minutes later with a score of 25-18.

Set two started, and there was a lot of back and forth between the teams. Timeout one was called by Davis when the score was 10-3.

The game proceeded, and Davis called another timeout with a score of 22-14.

The set ended with a final kill from Fremont. The final score was 25-16.

The third and final set started with a brief debate on whether the ball was in or out. Ultimately, the ref said that the ball was in, giving the point to Fremont.

There was a very close call when the ball went off of an arm, a leg, and a hand of the Fremont players, hitting the ball over the net and keeping the play alive.

The first time out was called by Davis, and the score was 11-5.

Davis called a second timeout a few minutes later, with a score of 23-15.
The final score of the third set was 25-15, locking in the win for the Silver Wolves.