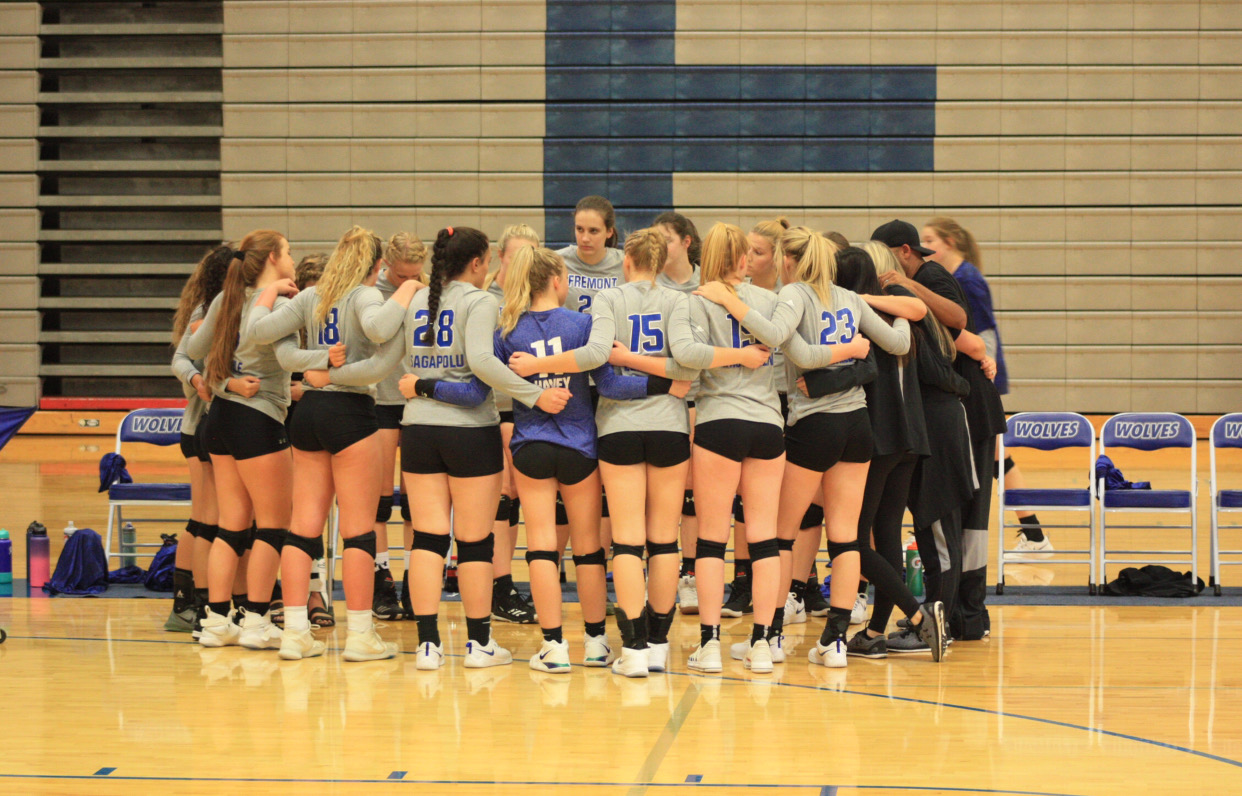 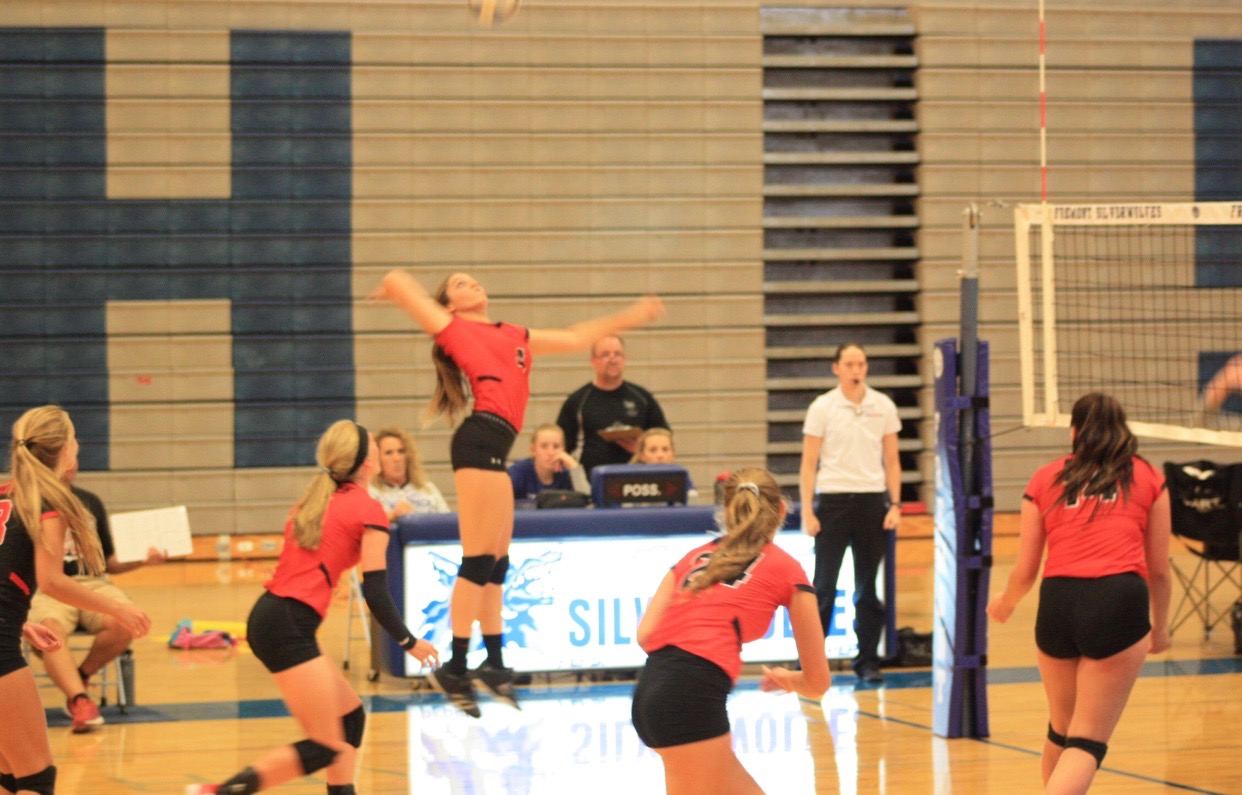 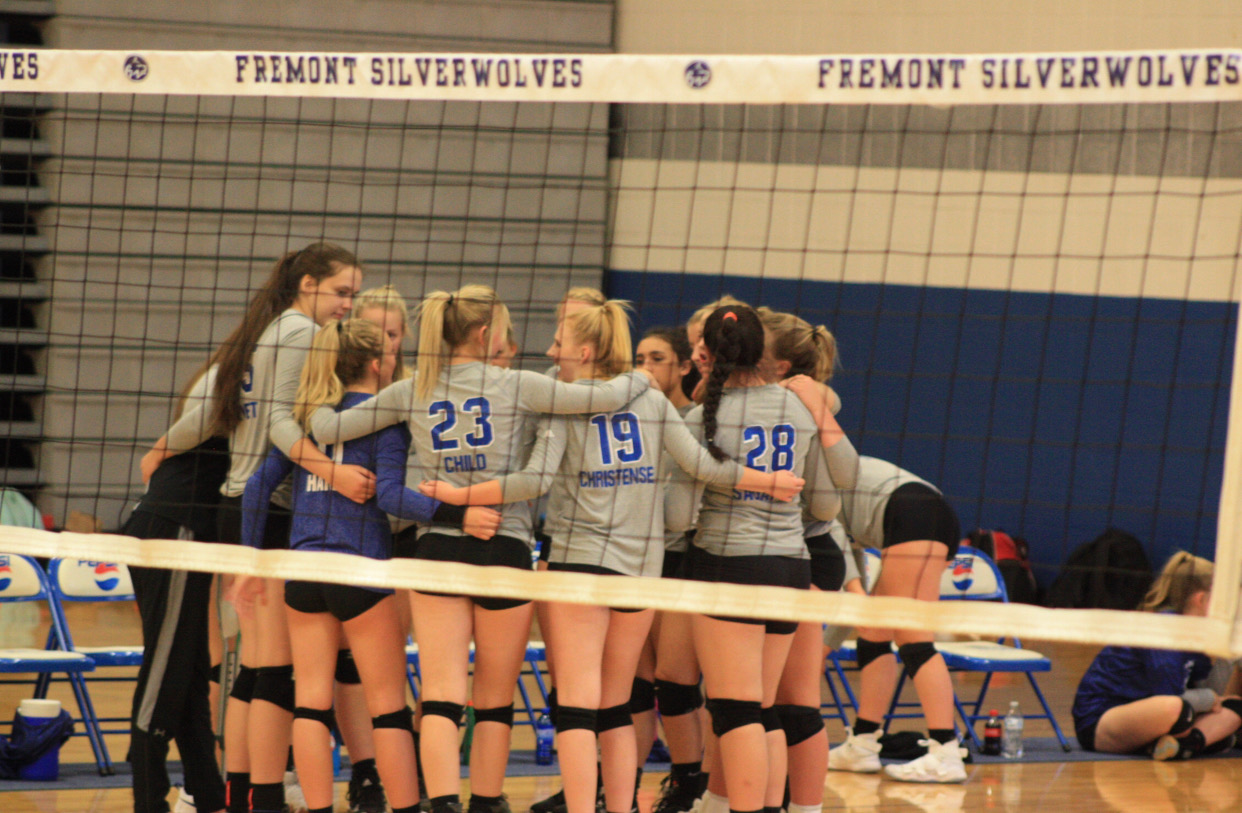 Volleyball team huddles on the sidelines. 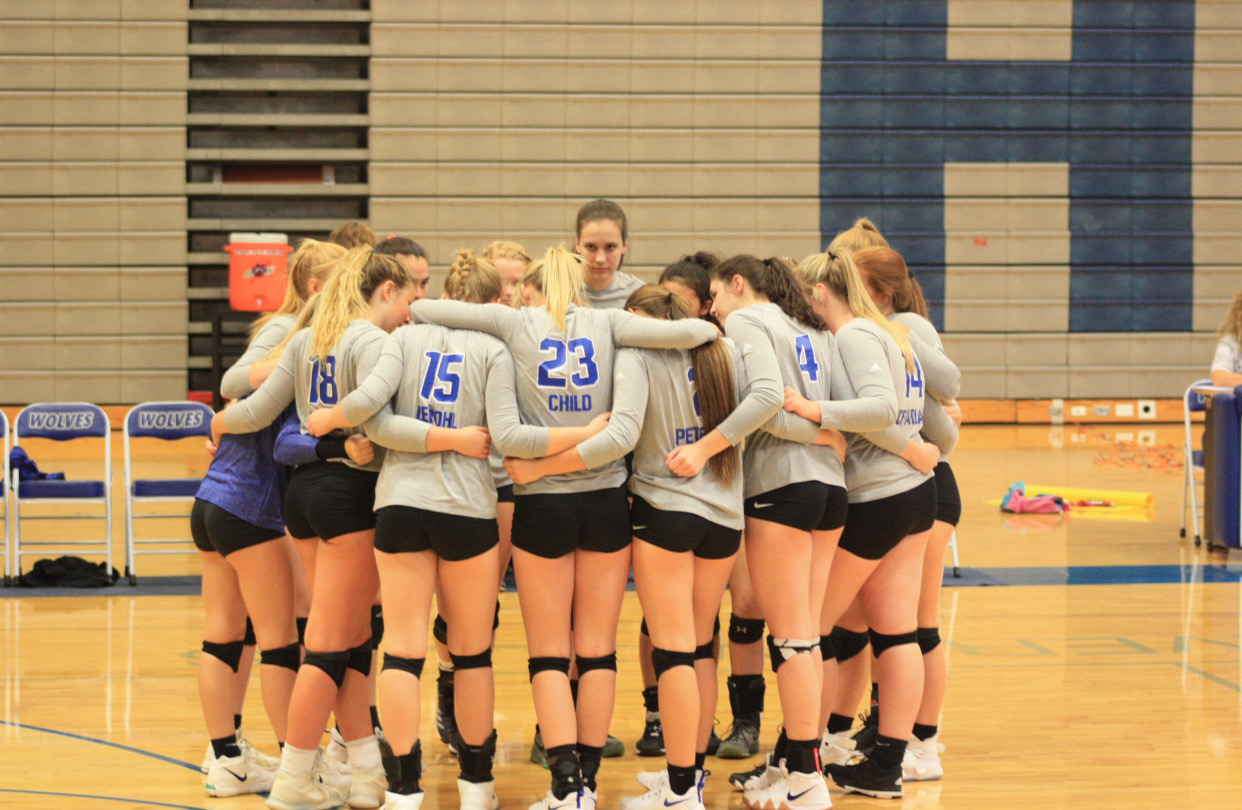 Volleyball huddles on the sidelines. 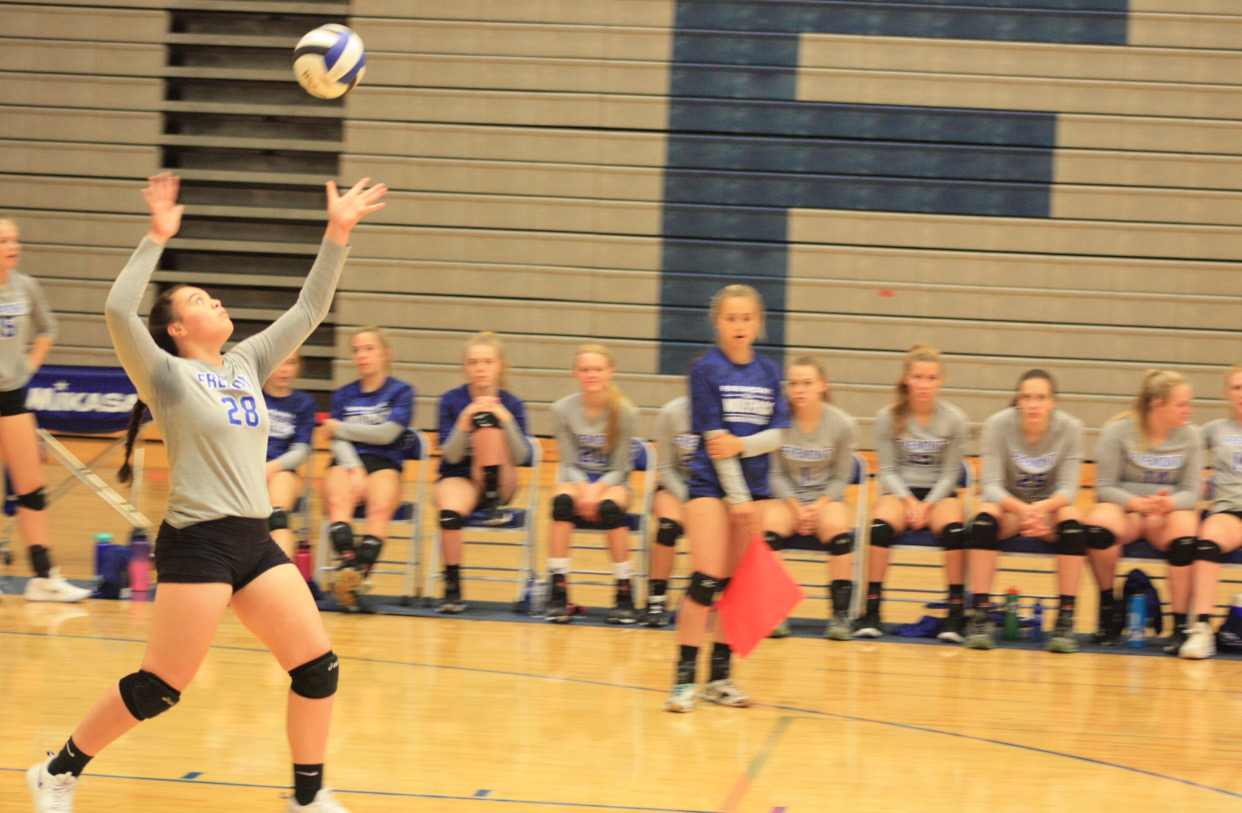 Volleyball played against Weber Warriors on Tuesday, September 18th. The Silver Wolves came out on top with a final score of 3 sets to 1.

Set one started out with a point for Fremont, followed shortly by one for Weber. A few errors gave Weber the lead, however, it didn’t last.

By the time the first time out was called, it was called by Weber, and the score was 12-8 for the Silver Wolves.

Shortly after, Fremont had a point within reach, but as they started celebrating, one of Weber’s players dove, saving the ball from hitting the ground.

Fortunately for Fremont, however, the ball just came up short, and Fremont scored anyway.

The second time out of the set was also called by Weber, and the score was 22-10.

After a few minutes more of back and forth, Fremont took the set with a final score of 25-10.

Set two was arguably the most intense of the match.

It started out with a nearly two minute volley, and towards the end of it, Weber began cheering before the play was over, and number 28, Hoku Sagapolu, dove for the ball and hit it over the net, though Weber eventually got the point.

The score stayed very close throughout the set, tying on no less than seven different numbers. The first time out was called by Weber’s coaches, with a score of 23-19 for Fremont.

The talk with the coaches seemed to light a fire for Weber, as they came back on the court and scored three points one after the other.

A second timeout was called by Fremont, and the score at this point was 23-22.

In an intense comeback, Weber won the set with a final score of 23-25.

During set three, Weber kept a steady pace of at least four points ahead of Fremont. The first time out was called by Fremont with a score of 8-14.

Following the time out, Fremont scored seven points, until the next time out called by Weber with a score of 15-19.

Fremont got aggressive, and when the third time out was called by Weber, the score was 20-21.

The Fremont Silver Wolves fought hard, and they came out on top with a final score of 25-22.

After taking two wins, Fremont stayed on the high, and by the first time out called by Weber, the score was 14-7.

Weber almost hit the ball out on their side, but after a huge hustle and a bit of laughter, they saved the ball and scored on Fremont.

The second time out, also called by Weber, carried a score of 22-16 for Fremont, and after a few more points were scored, Fremont called a time out when the score was 22-20. Both teams fought hard, but Fremont came out on top with a final score of 25-23, winning the match.