The stem fair happens every year, testing students on creating original projects or improving ideas in science, technology, engineering, and mechanics and more.

At Fremont, we had many good students compete and here is what owe placed for:

We won third place with Kodijo Harper and Azita Sepehri  in their broad “How Chiropractic Sessions Affect Performance in Horse’s.”

We placed 1st second and third place Brynlee Ridderhoff Placing 1st with “Eyewitness reliability and photo line Bias.” Tyzek Headley had “A study on the correlation of Olfactory sense in relation to memorization.” Addison Oliver’s project asked “What type of music is best to study with?”

We won 1st, 2nd and 3rd. Our first place winner is Jarem Eastman with “Does Rapid Release Tylenol Actually dissolve faster in water.” 2nd place went to Kyle Philpot for “Does the purity of water affect surface tensions.” 3rd Kate Foster studied “What flour does sourdough starter grow and bake the best?”

We won second and third place. Second place was given to Oakley Marriott and Keiley Mitchell for their project on the “Effectiveness of grass clippings as a fuel alternative.” Third Place Averie Olsen and Margaret Mendelson with “A comparison of environmentally friendly cleaners compared to commercial cleaners.”

We won first, second and third place. First place winner is Gracee Garrison with  does eye color affect how well you see. Sadie Probert and Hunter Smith came in second place with “The reliability of taping joints throughout the course of an athletic event.” Third place winner is Arwen Higley for “Are fingerprint patterns inherited?”

We won first and third and tied second place. Our first place winners were Luke Dalebout and Jack Wadsworth with “The factors of finding the bottom of the cup.” Our second place winner at Fremont is Dakota Weston with “How semi fairings affect drag resistance.” Third place winners are Brody Freestone and Brauk Palmer for “The relationship of internal pressure of a football and its flight aerodynamics,” and another third place winner is Kennady Stewart “Does the amount of air pressure in a mountain bike tire affect how fast it rolls?”

We took first,second and third place. Regan Hill and Montana Roger in first place with “Effects of artesian well water on plants.” Braidyn Price in second place with “War of Plants; is allelopathy the Next step in sustainable farming?” Tied in second place is Paige Atkinson for “Do Calcium Tablets Enhance Plant Growth?” Kaylee Bruanberger came in third place with “Do plants grow from the moon’s light?” Tied in third place was Cooper Hill, asking “How does temperature affect glucose content in bananas?”

Lindley Richards, who won 1st place in Behavioral Science, did her project on people’s biased influences on our voting habit’s. She did this by giving out surveys with the same neutral expression and a generic speech. She collected around 861 answers, but found issues with non-binary population not being big enough to be able to get data. Lindley Richards states that the population at Fremont is primarily white republicans, and if she were to redo the project, she would want a wider ethnicity and political beliefs. Her results conclude that males prefer male candaints and females prefer female candiants. Candidates that leaned independent and liberal preferred female candidates and republicans independents, and people who would prefer not to say preferred male candidates. Unfortunately not enough data was collected to be able tell if people were biased based on the ethnicity of the person. Lindley got the idea for this project because a lot of her classes were discussing personal biases.

Oliva Smith, who won in microbiology/cell biology with Nature Medicine, The point of her assignment was to see if natural biotics had an impact on bacterial growth. Due to synthetic biotics, aka chemical biotics, kill both good and bad germs, where natural biotics kills only bad germs. Olivia Smith did this project because she wanted to see if you could add this to your diet in order to boost your immune system, potentially preventing harmful bacterial growth. In order to test this theory she took solutions of both synthetic and natural solution’s in a petri dish of bacteria, and allowed for the bacteria to grow, the final step was to measure where bacteria did not grow. The study concluded that natural botics do prevent bacteria from growing. Oliva ran into issues when mixing her solutions. She did everything 50% except for honey which was 20% and believed that honey would have performed better in her experiment if the solution was 50%. Even with the solution only being 20%, honey did not do the worst. The worst performing biotic was ginger. The best performing biotic was synthetic called moximon, but next best was a natural one which was garlic. 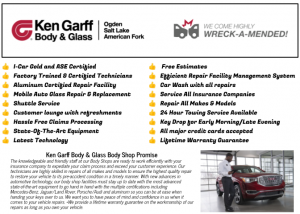 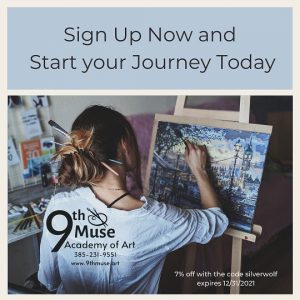